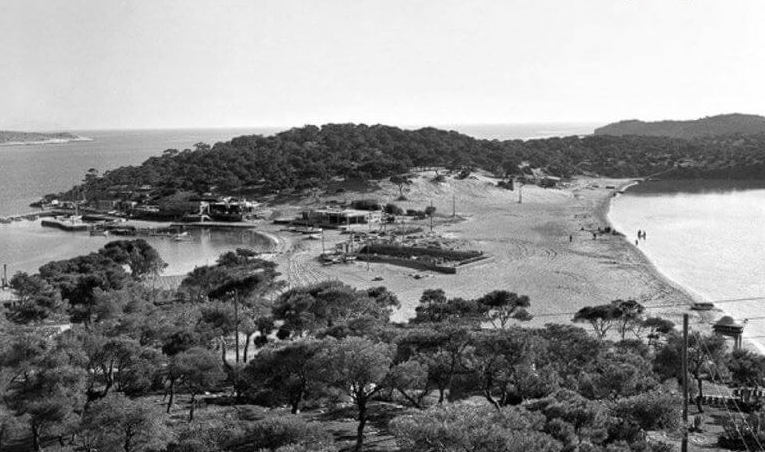 The summer season is reaching its peak this week as we approach the day of August 15th, when Greeks celebrate the day of the Virgin Mary. Hence we have decided to present the exclusive western area of ‘Vouliagmeni’ (‘sunken’ in  Greek) by presenting the ‘Lemos’ peninsula (literally translating to ‘neck’) for this week’s MI4 Days of Future Past blog series. Pictured here in 1957, and again on the present day, the area has been and still retains its original beauty which has mesmerised Athenians and international visitors for millennia.

The upmarket area of ‘Vouliagmeni’ sits between the south-western end of the Mt Hymettus and the sea engulfing the Athenian Riviera. The most widely built area of the town is located on the upper part, on the foothills of the mountain, along with the local elementary school, post office, banks and town hall. It offers exquisite views of Vouliagmeni Bay, that magical part of the Athenian Riviera.

The western side consists of a number of peninsulas and small hills, located between ‘Athinas’ Avenue and the seaside. The area surrounding ‘Lemos’, the small sandy isthmus pictured here, consists of a public sandy beach on one end and the internationally acclaimed luxury Astir Hotel on the other. The hotel is now being completely refurbished in a massive restoration project and is due to re-open its doors as the Athenian Riviera Four Seasons Hotel very soon. Two adjacent peninsulas ‘Mikro Kavouri’ and ‘Megalo Kavouri’ (‘small crab’ and big crab’ respectively) complete the delicate picture and fuse with the surrounding landscape.

Adorned with pine trees, it is an area of extreme natural beauty as the green hillsides merge with the turquoise blue sea beyond and the golden sandy beaches that also contribute to this captivating dance of sights and colours. It is perhaps why the area was chosen as the site for the Temple of Apollo Zoster, the ruins of which have been excavated and are on public display at the public part of the beach of the Astir. A small rocky islet called ‘Fleves’ (‘veins’) lies opposite the peninsulas, rising from the sea.

Widely adored and selected by Athenians and visitors from across the globe as a destination that can easily trick one into believing they are hundreds of miles away from any urban centre, the area has seen tremendous growth since the latter half of the 20th century. It has nonetheless impressively upheld its character and extreme beauty, while slowly evolving into a prestigious area housing many excellent restaurants, bars, hotels and other exclusive services. All the beaches in the area of ‘Vouliagmeni’ are consistently given EU blue flags, which are awarded to confirm the environmental excellence and water cleanliness. The triathlon competition for the 2004 Summer Olympics took place in this area.

Full of extravagant villas, the ‘Kavouri’ peninsulas are two of the most expensive pieces of housing real estate in Greece. Our MI4 Real Estate Brokerage team, being the absolute pioneers in the real estate and property investment market in Greece, has gained a strong presence in the area. Our portfolio includes a number of properties on offer in the wider area of ‘Vouliagmeni’, to cater for all wants, tastes and needs, from the super exclusive to the elegantly affordable.

Featured For Sale
Aparment in Kypseli90,000€ 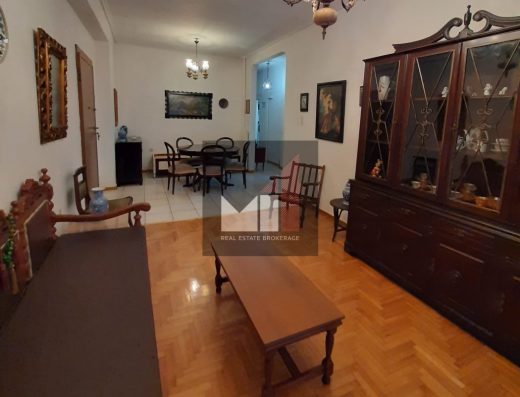 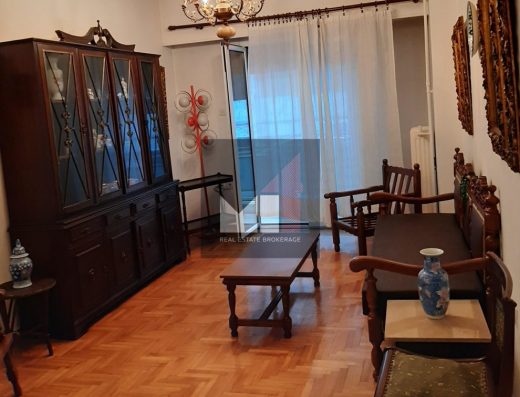 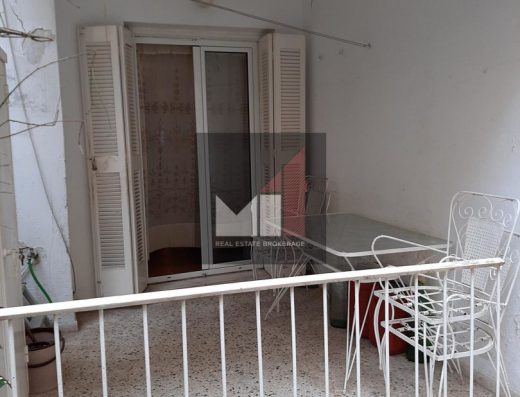 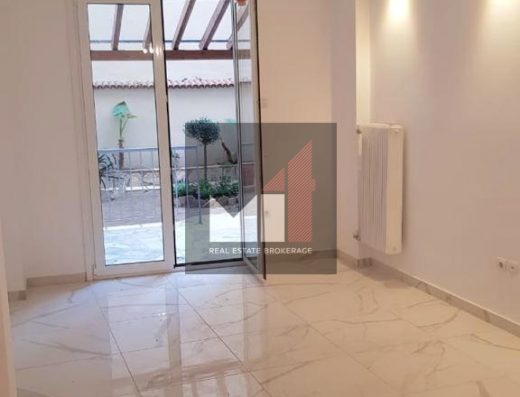 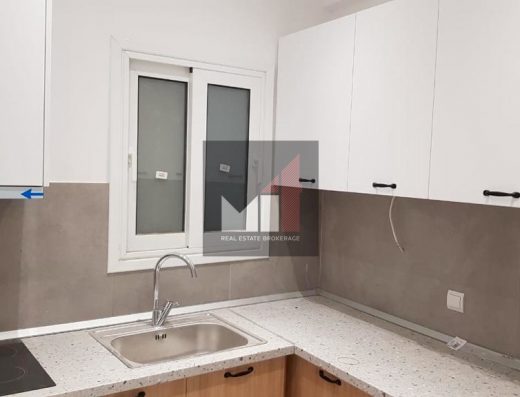 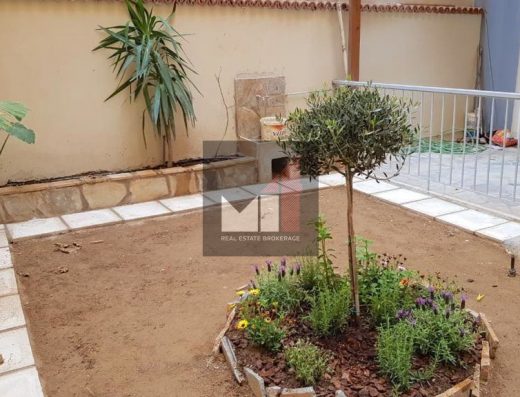