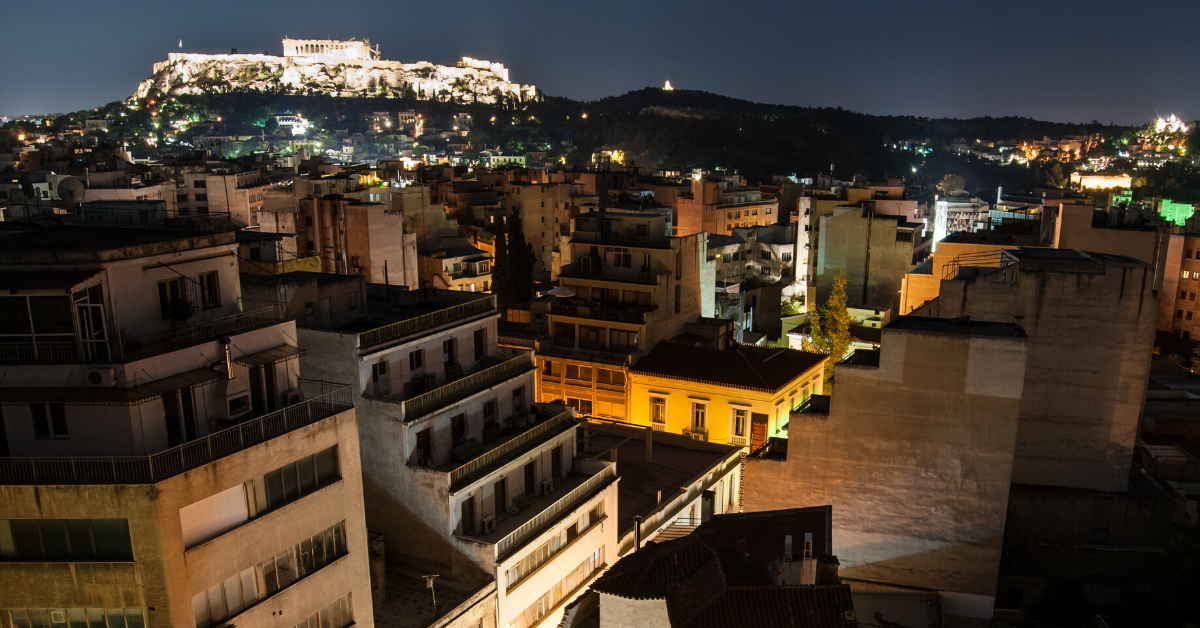 Authentic, vivid, bohemian, eccentric, alternative, restless, multidimensional. These are a few of the many adjectives that describe the old and beautiful neighborhood of Exarcheia in Athens. For many years now, Exarchia has been a haven for the coexistence of diverse political views, providing a sense of collectivity among its inhabitants.

Exarcheia’s cultural and academic scene is a strong one, featuring the National Archaeological Museum, the National Library, the National Technical University of Athens, the Academy of Athens, and many more. The area is known for attracting art lovers through its countless music and theatre schools and stages, cozy little bookstores and retro vinyl records shops. A stroll around its narrow streets and you will soon discover the small cult bars and bistros, the literature cafes, the eclectic restaurants and the traditional tavernas hidden in all possible corners.

The area was first called “Exarcheia” at the beginning of the 20th century and got its name after a famous merchant who established his shops in the neighborhood. By 1890, the establishment of the Athens University Law School, the Technical University and the School of Chemistry flooded Exarchia with young students, and world-famous artists and intellectuals. The neighborhood’s history is a rebellious one. All uprisings, demonstrations and revolutions that changed the course of the modern history of Athens and Greece, begun in its streets.

For architecture enthusiasts, Exarcheia is an open book narrating the residential and architectural route of modern Greece. Walking around the districts’ streets and alleys, diverse architectural styles pop up at every turn. Neoclassical buildings with German windows, interwar and modern structures reflect the urban life of its residents. Graffiti art adorns the building’s surfaces. Some of them are internationally acknowledged works of art, such as “The Jungle” by Alex Martinez and “No Land for the Poor” by WD.

Themistokleous Street, now bustling with young crowds, hosts the historic tavern “Rosalia”, which serves hearty and delicious Greek food. On Kallidromiou Street you will encounter “Mouria” an old café the was first established in 1915. “Ama Lachei stis Nefelis” is also a “must visit” restaurant, housed in a stunning neoclassical building, which used to operate as a primary school. Somewhere around the neighborhood, you will also stumble upon the “VOX” open-air – rooftop cinema, one of the oldest in the city.

This scenic neighborhood has served as the backdrop for many memorable scenes in classic and contemporary films, enriching Greek cinema with its constant contradictions. Its buildings stand as a reminder of the “Golden Age” of Greek cinema, as well as of the extravagant artists, writers, actors and intellectuals who contributed to its bohemian and restless nature.

None of the above characteristics, however, defines Exarcheia in Athens precisely or completely. It’s their constant antithesis and combinations that shape its perception and that excites the imagination. No wonder why the area is currently particularly attractive to young people, investors from around the world, artists and tourists. It is an eclectic choice, but one that will certainly not disappoint.