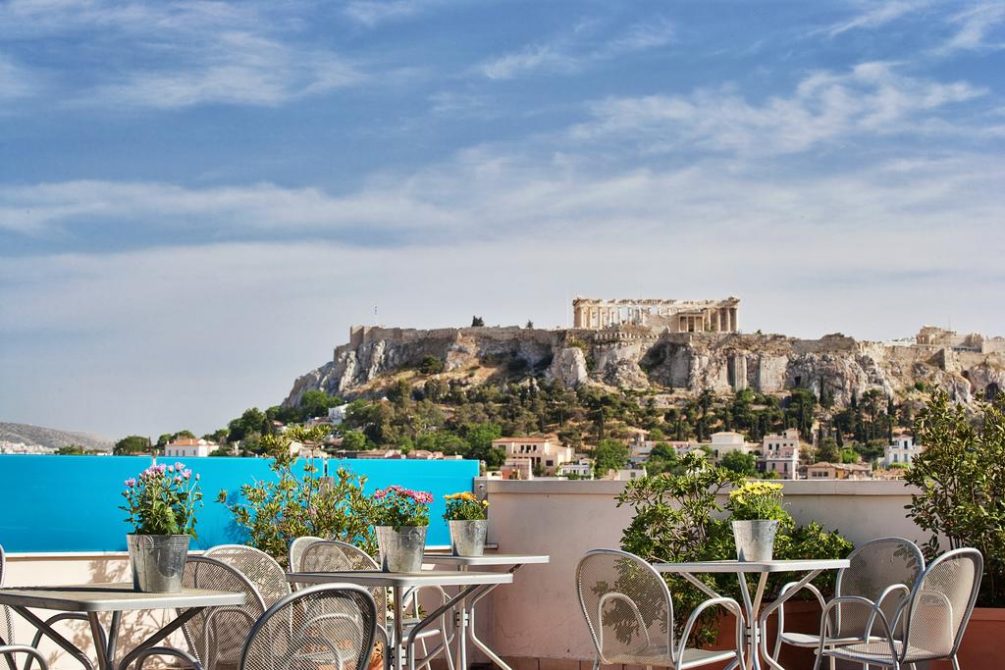 Hotel investment in Athens is booming

The unprecedented rise in the number of foreign tourists that increasingly choose Athens as a destination along with the tempting prices of many hotel properties, which were driven down by the high borrowing obligations of many hotel owners and their pressing need for liquidity, is currently soaring investment interest in Athenian hotels. Already, significant moves have taken place by existing market players and newcomers – both Greek and foreign.

With this year’s tourist season to be closing with another record of arrivals that exceed 30 million tourists and with increased revenues compared to last year (just over 14 billion euros), the investment mobility, especially in the center of the capital, is becoming more and more intense. At the same time, top hotel brands are boosting competition, by constantly scanning the market in search for franchise and management agreements of Athenian hotels.

On August 2016, Mage Hotels and Resorts was the first to move towards this direction by opening the Athens Tiare Hotel, a beautiful 4-star hotel in Omonoia Square in the heart of the city. A few days later, the Athens Avenue Hotel opened its doors after completing thorough reconstruction, a gorgeous accommodation with 94 rooms on Syngrou Avenue a a short walking distance from the center of Athens. On early September, the opening of Electra Palace followed, a 15 million euros investment offering 223 rooms located at Plaka and owned by Electra Hotels, a major Greek Group with over 50 years of presence in the market.

Shortly afterwards, the Wyndham Group aggressively entered the market by introducing the public to the 5-star Wyndham Grand Athens in Karaiskaki Square, which very soon completes its first year of operation. So far, it performs way above initial expectations in terms of both occupancy levels and revenue by recording the highest performance among the Group’s Hotels across the European market in 2017. This year, the Group’s focus is on the Attica Riviera with the acquisition of two hotels in Vraurona and Mati, both of which are expected to be concluded by the end of this year; Dolce Attica Riviera (former Mare Nostrum) and Ramada Attica Riviera (former Aquamarina Hotel) respectively shall be accepting bookings from the beginning of 2018. Last but not least is the Wyndham Grand Residences & Suites that is currently under construction, which located right across from Wyndham Grand Athens on Karaiskaki Square and will include 94 upscale suites overlooking the Acropolis. Including last year’s two openings in Loutraki (Corinth), namely the Wyndham Loutraki Poseidon Resort with 108 suites and the Ramada Loutraki Poseidon Resort with 207 bungalows and suites, the Group is expected to have concluded the opening of 6 new hotels around the city in less than two years.

Another huge player, HINES, is following these same steps having already acquired the ex-Lydra Marriot Hotel in Syggrou Av., which, in collaboration with Hyatt Group, is soon to become Hyatt Regency, with Grecotel (Daskalontonakis group) in the management, the biggest hotel and tourism services provider in Greece.

Four Season could not have missed out on the opportunity and proceeded with the acquisition of Astir Palace, the notorious Resort in the Riviera. The company has announced an investment of over 100m euros in renovation and development of the soon to be Four Seasons Astir Palace Hotel Athens and the surrounding area.

Earlier this month Lapsa SA, a subsidiary of the Greek giant Lascaridis Group, concluded the acquisition of King George, the landmark hotel in Syntagma square, along with the long lease of historic hotel Kings Palace in the same area, thereby successfully completing a total investment exceeding 80m euros.

The mobility remains enormous and the timing could not be better. Ernst & Young reports that expectations about the Greek economy appear optimistic, as the percentage of those who see improvement has soared to 53% from 6% in October 2016 and 8% in April 2016. With tourists’ interest on the rise and the economy showing stability, this is undoubtedly a don’t miss out period to invest in the Athenian hotel market.