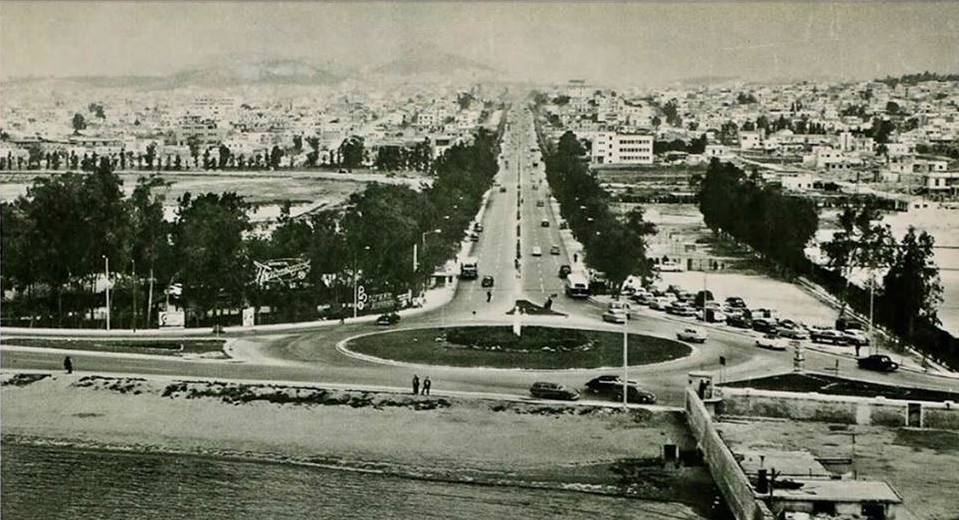 The ‘Phaleron Delta’ (otherwise referred to as ‘Delta Falirou’ by locals) is a historically significant coastal area on the Eastern coast of the Faliro Bay on the majestic Saronic Gulf. The area has witnessed thousands of years of human history and remains one of the most central coastal hubs on the Athenian Riviera. The pictures in this week’s MI4 Days of Future Past blog series depict the area in the 1950’s, and today. Faliro was a major port of the Ancient City of Athens before Themistocles had the three rocky natural harbours in the area of Piraeus developed as an alternative in 491 B.C. It is believed that Menestheus set sail with his fleet towards Troy from Faliro, as did Theseus when he sailed to Crete to fight the Minotaur.

Remains of conglomerate blocks have been found crossing the heights of Old Phaleron to the sea and these are likely to be part of the Faliric Wall recorded by Thucydides. The historical coastal area of ‘Phaleron’ is now part of the towns of ‘Paleo Faliro’ (Old Phaleron), ‘Neo Faliro’ (New Phaleron), ‘Kallithea’ and ‘Moschato’.  In 1827, during the Greek War of Independence from the Ottoman rule, the Battle of Faliro took place in an attempt to relieve the Greeks besieged in the Acropolis. Old Faliro was initially a small seaside village with just a few houses separated by long stretches of wheat, barley and oats as well as many vineyards. Some of the men were fishermen, but most were farmers, shepherds and stock breeders.

In 1883 the first public transport connection between Old Faliro and Athens was established, a horse-drawn tram line. In 1890 steam trams were introduced, which were later switched to their electric counterparts. In the western ‘Delta’ area a sea plane airport was started in August 1926, with the first international route being Brindisi – Faliro – Istanbul. In the early 20th century there was a rapid growth in population, as wealthy Athenians chose this picturesque and wonderful suburb to build their summer houses.

The seaside area was redeveloped for the Athens 2004 Summer Olympics, now boasting a seaside promenade, several sports venues, an impressive marina and the Park of Maritime Tradition with a collection of preserved historic ships, including Olympias, a modern reconstruction of an ancient trireme naval ship. A recent addition, sitting right on the Delta and pictured in the contemporary photo of the area, is the imposing Stavros Niarchos Foundation Cultural Center which includes new facilities for the National Library of Greece and the Greek National Opera, as well as the 210,000 m² Stavros Niarchos Park.

The impressive growth that the area has seen, is clearly reflected in the rise in property investment interest and prices in the previous decade. Interest and prices have risen even more dramatically since the opening of the Foundation and the large increase in tourism on the Athenian Riviera.

MI4 Real Estate Brokerage has a very strong presence in the area of Faliro and surrounding areas, boasting a rich and wide portfolio of properties to cater to any taste and need.